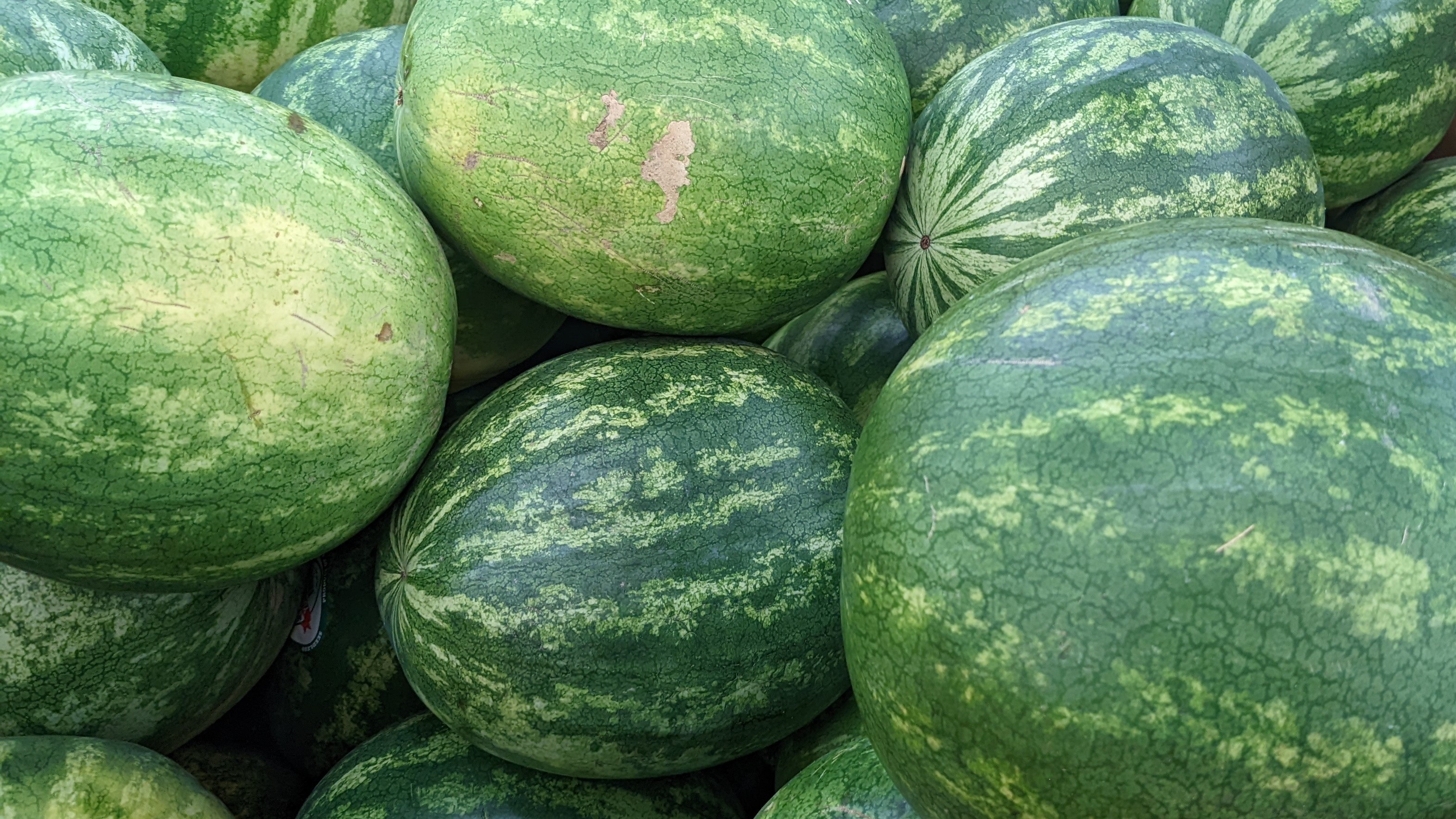 Watermelons are obviously fruits, not vegetables. Although they grow close to the ground, they are very sweet and very, very juicy. They’re possibly the juiciest fruit. They’re so juicy that they’re named “watermelons”. They’re always eaten raw, ideally outside. People also attempt to flavor candy after watermelons.

Botanically, watermelons a type of fruit called a “berry”. In a culinary sense, they are obviously not berries though. Berries are small fruits usually eaten whole. Watermelons are probably the biggest fruit most people eat. (Maybe competing with pumpkins) Watermelons also have a thick rind you have to cut through a knife, which no culinary berry has.