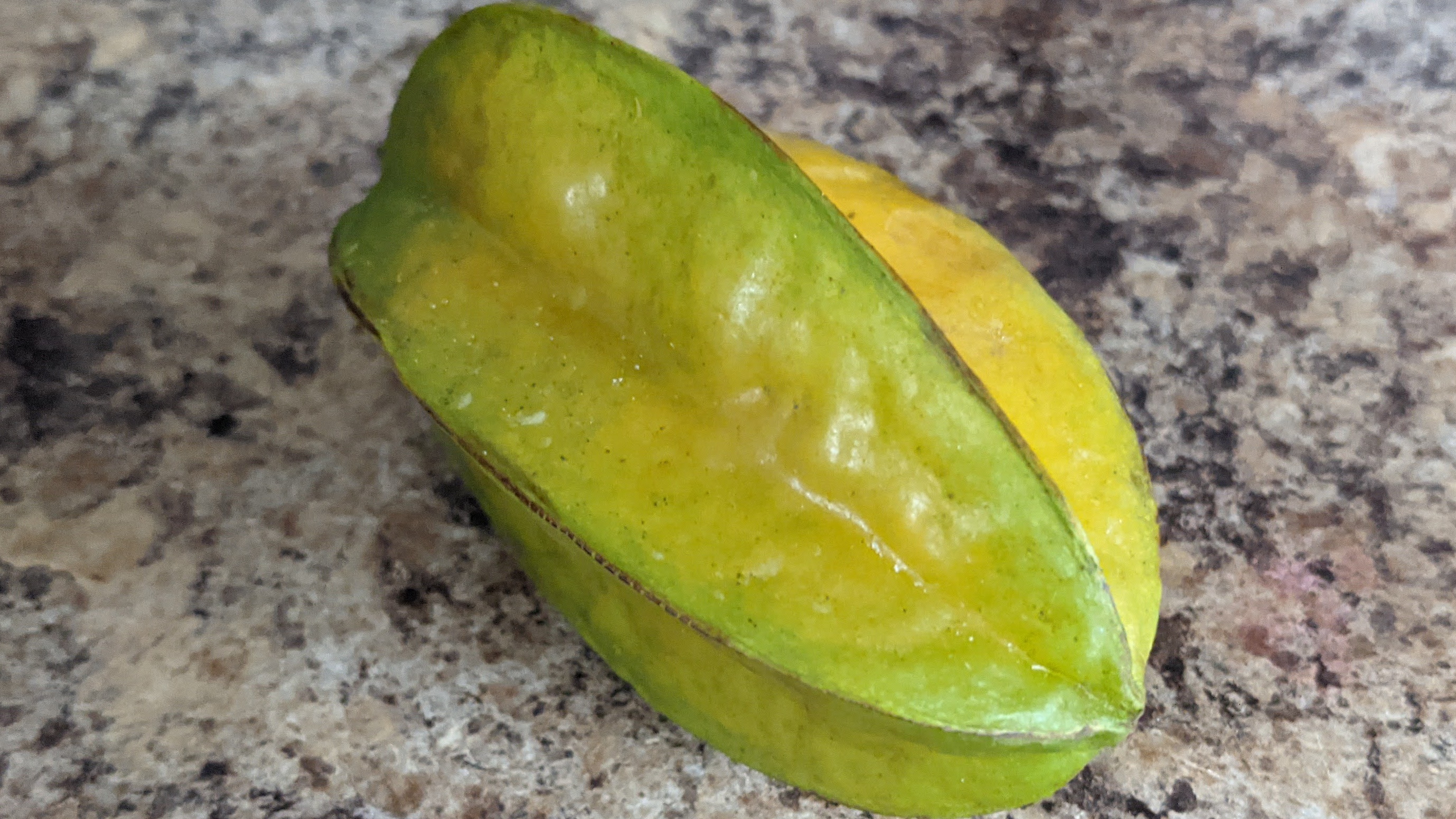 The star fruit, sometimes called carambola, is a fruit. Botanically, it is a berry because it is fleshy and formed from a single ovary. This is not a useful distinction for most people though. It is clearly not a berry in a practical sense, as star fruits are huge compared to them. A berry is just the name of a type of fruit in botany.

Being such a “fruit” of a plant is a prerequisite to being considered a fruit in the normal, culinary world. Star fruits easily qualify as fruits in this sense. They’re sweet, usually eaten raw, colorful, and often used in desserts. They also literally have “fruit” in their name. They are clearly fruits, not vegetables.