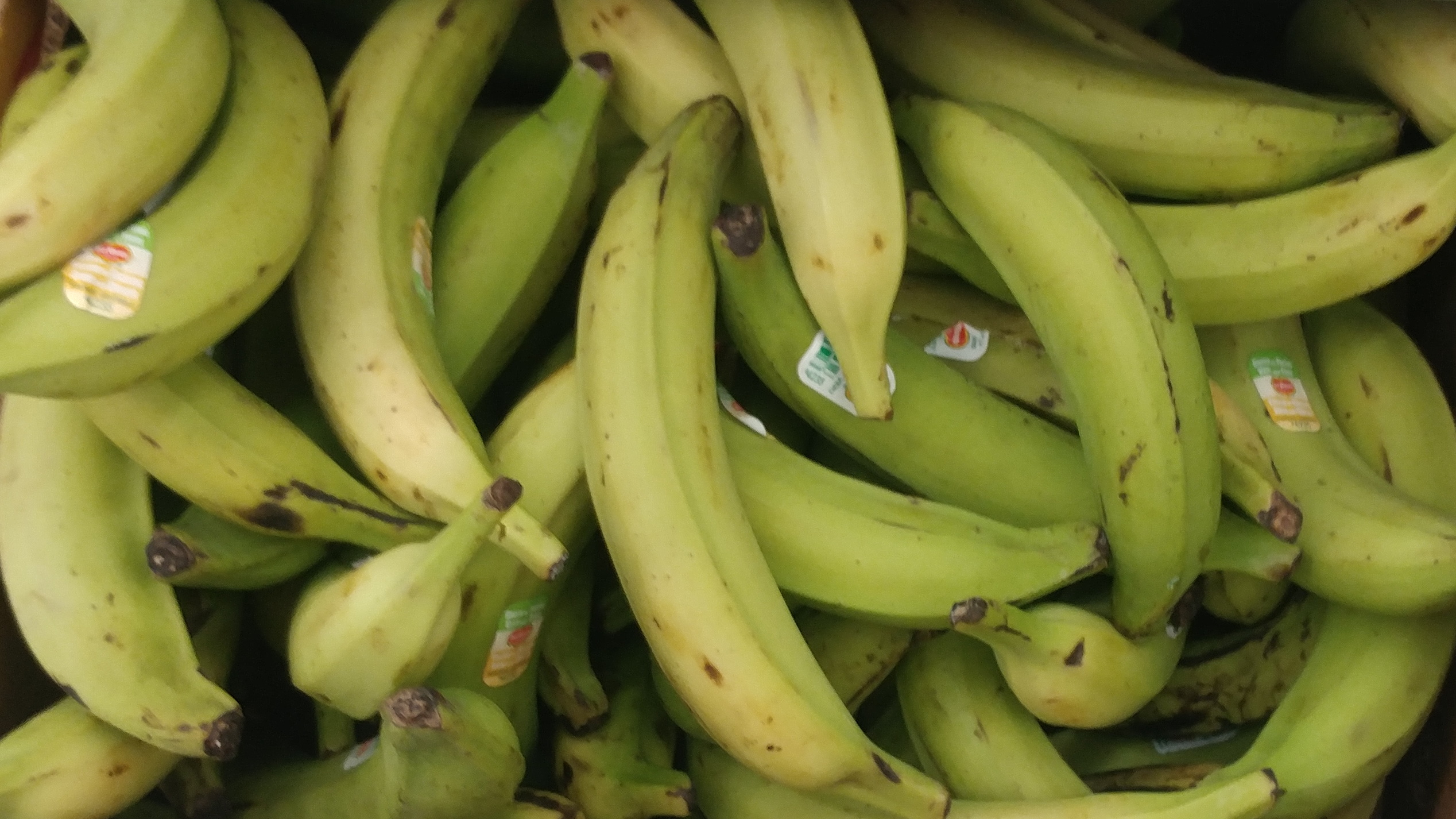 Plantains are a type of banana, but they are not typically eaten raw out of the peel like most bananas. They are often called cooking bananas in fact, because they are mostly used in cooking.

However, that does not make plantains fruits culinarily. As they are used mostly for cooking, they are vegetables. Plantains are more starchy and less sweet than normal bananas. They are typically eaten as substantive food and not typically as a dessert. Sometimes they’re made into a flour. It’s a pretty typical vegetable aside from its being a banana. Being a subset of a fruit eaten as a fruit doesn’t make this fruit a fruit. It’s its own food and it is a vegetable.