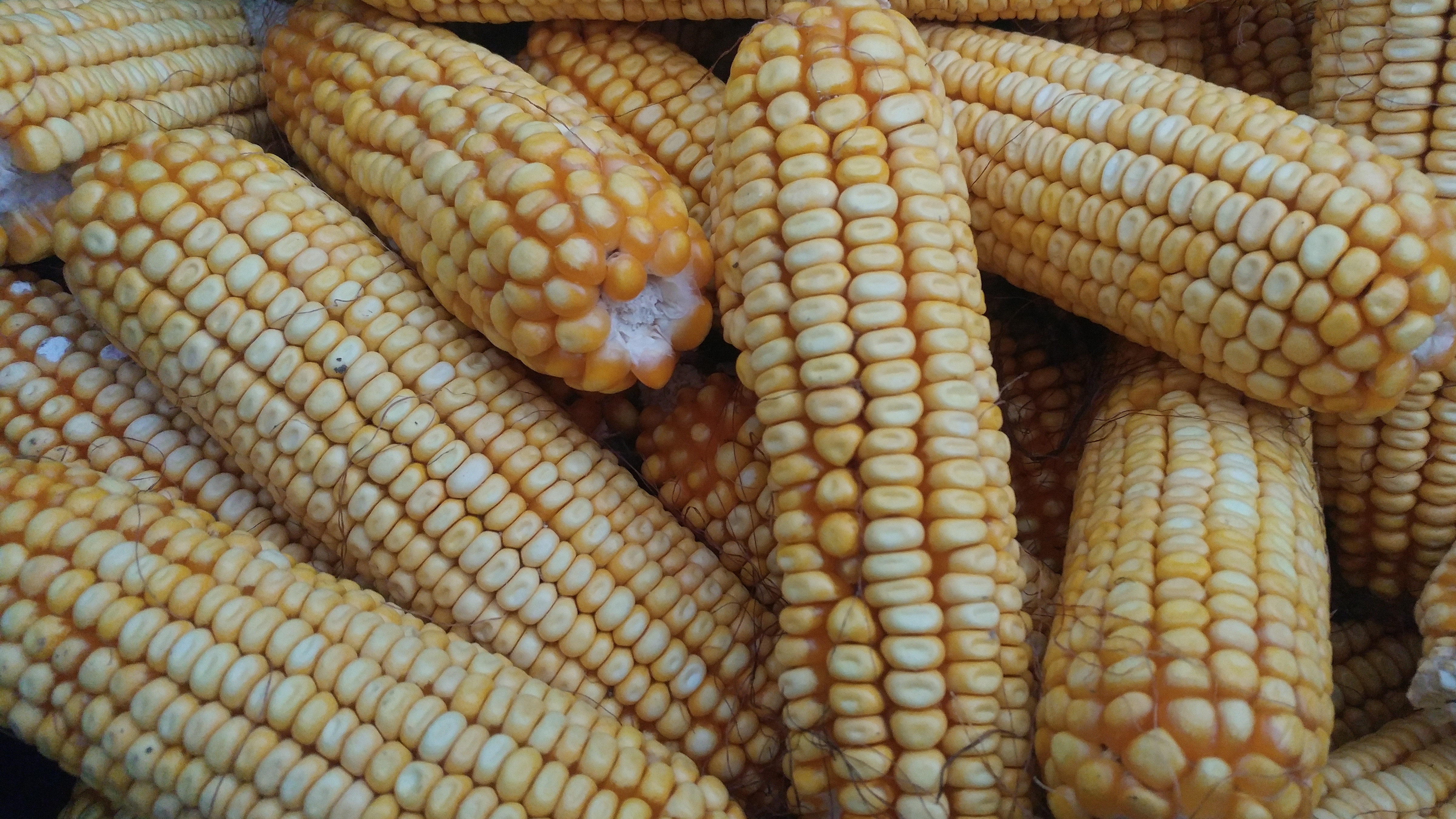 Dent corn is the corn that you see growing everywhere in the Midwest. It is used for tons of things. The most common use by far is cattle feed, but a significant portion of it is eaten by humans as well. There are so many things made from dent corn: cornbread, corndogs, corn syrup, corn chips, corn tortillas, grits, arepas, mush, nachos, hushpuppies, etc. And they’re all delicious, except grits. That’s just corn sand. Also, we make ethanol out of corn to power our cars.

Botanically, each individual kernel is its own fruit and the cob is very nearly a separate fruit. However, in the normal sense, dent corn is a grain. This fits since it’s only eaten after being dried and ground up.